And I will put enmity

between you and the woman,

and between your offspring and hers;

he will crush your head,

and you will strike his heel.”

Enmity sums up the state of our world. Hostility between world powers. Political rivalries, fractured marriages, dysfunctional workplaces. Sexism, racism, prejudice of all shades. Exploitation of the created environment we rely on. Ideological feuding and online trolling. Enmity is the pandemic that dwarves all others. It spreads through selfishness, multiplies rapidly and leaves anxiety, pain and suffering in its wake.

Where did this outbreak of enmity begin? Who was patient zero? Or is conflict simply the eternal way of the world?

I read Genesis 3:15 and wonder why it had to be like this. These words that tell of the birth of enmity.

A small act of rebellion against the loving Creator, and now there’s animosity, estrangement and hatred. Did it have to be this way, God? Why put enmity into the creation for the generations to come? Conflict, if left unchecked, has a disturbing tendency to grow – and this conflict has certainly grown! 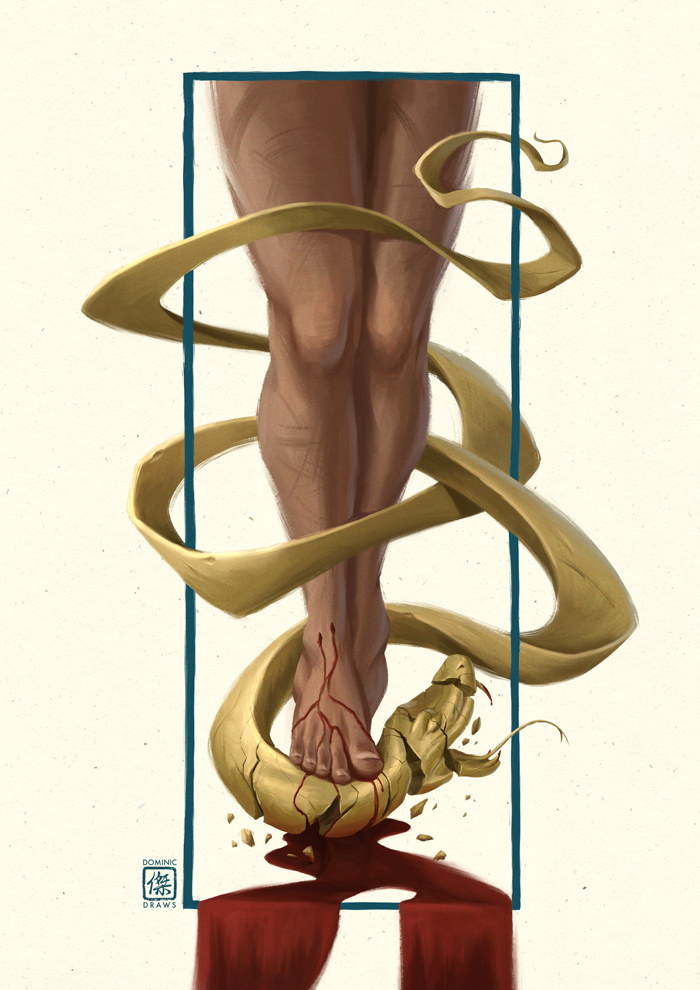 And yet what compromise do I wish the loving Creator had made with hatred? Do I really wish the God who made all things ‘very good’ also made a treaty with the evil set loose by Adam and Eve? The evil one had already lured them away from their birthright of love, peace and purpose. Could enmity be part of the solution?

God doesn’t promise peace with evil. He doesn’t promise a compromise or to come to a mutual understanding with injustice. No, he puts enmity between his people and evil. Opposition and defiance.

And he promises that evil will be crushed. The enmity won’t last, because the evil won’t last. It will be a bloody fight, yes but one that ends in crushing victory. This woman’s son will, ultimately, win the war on evil. He will crush evil once and for all. Enmity will be done, because evil will be done. The God of peace will restore his peace.

As we walk towards Easter, the pathways of conflict and division are all around us. But so is another pathway – the pathway of this woman’s Son. It is a pathway of suffering. He calls it carrying your cross, denying yourself, and losing your life. He himself did all three. And he was struck by evil. Puncture wounds on hands and feet, a bloody death.

But his way is also the pathway of hope. For we cannot fight against enmity with enmity. And evil cannot be defeated by evil. He alone stared down evil and crushed the serpent’s head. Our hope is in his victory – the triumph of goodness and justice over evil. Because the enmity pandemic can only be subdued when evil is defeated.

And so perhaps Genesis 3:15 also contains the antidote to the pandemic it unleashes. They call me to trust the one who defeated evil. To put my hope in him, and to follow his pathway of suffering and hope. For in his death I see evil crushed. And in his rising to new life, I see a world where peace and justice reign, and enmity is a forgotten dream.

Artwork: “Protoevangelium” by Dominic On
Image used with permission. Permission for other and further use of the image required.