St Jude’s is an Evangelical Anglican church in Melbourne, welcoming all people: all ages, all abilities, all stages of life and all cultural backgrounds. We are a contemporary church that takes both the Bible and the world seriously.

St Jude’s is a welcoming and exciting community with one thing in common: We want to know God and be known by him, through faith in the Lord Jesus Christ.

St Jude’s meets in various locations around the Inner-North of Melbourne – see our service times and locations below.

A church for the whole person

We wish to be a church that ministers and welcomes the whole person, regardless of age or ability.

A church for the whole community

Due to its location, St Jude’s is positioned to reach many diverse communities, including Melbourne University, Carlton Housing Estates, the Melbourne CBD and the increasing number of families living in the inner north

A church for the whole city

Due to St Jude’s history, location and reach of parishioners (from over 80 postcodes), we see a key part of our vision to serve the whole city and diocese. We hope to use our building to support other local parishes as well as hosting diocesan and other larger events such as evangelism, training, conferences etc

A church for the whole world

St Jude’s has a wonderful history of sending people to theological college and the mission field, indeed all 17 of our mission partners are home grown. We also have an increasing mission to the large number of overseas students who attend Melbourne University.

1. We live in a universe that was created by God, and we completely depend upon him for our continued existence. God is all-powerful, personal, and perfectly good; and he seeks mutually caring, interpersonal relationships with human beings. God is a Trinity, consisting of the Father, the Son, and the Holy Spirit, who share close fellowship and unity of purpose with each other.

2. Individual human lives are seriously distorted by varying levels of irrationality, imperceptiveness, selfishness, callousness, hostility and injustice, as shown in people’s behaviour. The social structures in which we live manifest similar defects at a collective level. Our own problems and those of our society are bound up with the fact that human beings have wronged God in various ways, and alienated themselves from him. We are accountable to God for doing so. Left to ourselves, we are incapable of dealing effectively with this situation.

3. God has freely, lovingly and generously taken the initiative. The centre of his strategy has involved God the Son’s becoming a human being, the particular man Jesus of Nazareth. As a result his life in 1st century Palestine, his death to deal with human wrongdoing, and his resurrection, God has made a way for a restoration of a good relationship with human beings, and has offered help to us in bringing about the right changes to how we live.

4. These things do not happen whether we want it or not: we must actively seek them. More specifically, we must turn away from wrong ways of thinking and acting, must trust in Jesus as the one through whom God has acted to rescue us from our present predicament, and must be willing to yield to Jesus’ living authority.

5. Putting right the broken relationship between humans and God is very important. It involves our being freed from obstacles to fellowship with God, created by objective guilt for our failures in relating to God and to other people. God is utterly opposed to human wrongdoing and to the distortions in human lives, and will eventually act to put a complete, public end to them. There will be life beyond death which, as a result of the activity of Jesus, a great many human beings will attain, and in which both human beings and nature will flourish. There is also the prospect of final divine condemnation and rejection of some human beings.

6. God has constituted Jesus’ followers as a worldwide community, the Church. Its core mission involves proclaiming these truths to the world, so that people may seek the right kind of relationship with God and trust Jesus. It also involves pursuing key Christian values – e.g., by being peacemakers, working for justice, feeding the hungry, and healing the sick.

7. God is active in many ways in the world today. The Holy Spirit, the third member of the Trinity, is directly involved in establishing and maintaining the right kind of relationship between us and God – one based on openness, trust, and mutual love, and one which fosters commitment to the good of other people. He guides Christians in a large part through the Bible, which is authoritative as a revelation of God’s character, of the meaning of Jesus’ life, death and resurrection, and of basic Christian principles and values. Furthermore, God’s interest in the universe, and his future activity in it, extend beyond human beings to a renewal of cosmic proportions.

Join us at church 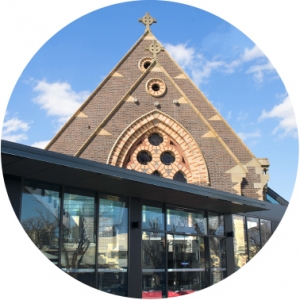 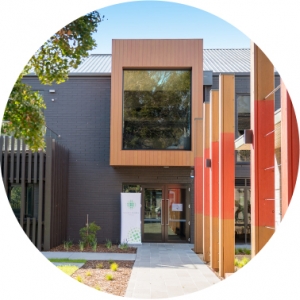 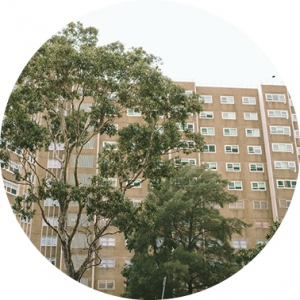 Please note when attending a service in person:
Masks are optional inside church buildings. Please feel free to wear a mask if it would help you to feel more comfortable.
Please do not attend if feeling unwell.

What if I’m new to church?

Everyone is welcome at St Jude’s. We would love to meet you.

What time should I arrive?

Please aim to arrive 15-30min before the service to allow sign in.

The length of St Jude’s services range from about 75 to 90 minutes. They include songs, praying, reading from the Bible, and hearing a talk about what the Bible means and how it applies to life in 21st century Australia. You can participate as much or as little as you feel comfortable.

Should I wear a mask?

Wearing a mask is optional inside church buildings. Please feel free to wear a mask if it would help you to feel more comfortable. Often there are a mix of people at each service who choose to wear a mask and others who do not.

What if I feel unwell?

Please do not attend if you are feeling unwell. Our Carlton 10am service is live-streamed each week to our YouTube channel (youtube.com/c/StJudesAnglicanChurch). You can watch live on Sundays at 10am or replay the service later on.

What can children do during the service?

Children and youth are welcome to come to church with you. We have a variety of children’s and youth programs at both Carlton and Parkville.

What if I’m not a Christian?

We would love for you to join us. St Jude’s is a community that welcomes all people: christians, non-christians and those who are unsure. We are very happy to talk with you about Jesus and will take your questions seriously.